The main aspect of the concours takes place at the rear of the Hall where around fifty motor cars are displayed on the grass terraces. It is a unique and marvellous way to view the cars as the visitor is able to look upon them from a variety of uncommon angles as well as the more straightforward views. Next to this, in parkland, the historic aeroplanes are parked up for inspection. At times during the day one may be lucky to see one of these flying overhead. Out beyond this central location at the Hall, many other things, big and small, take place during the weekend. The most evident of these is the Country Fair where something-like twenty thousand visitors congregate during the weekend. On a nearby parkland road, Horsepower Hill takes place, and just down the hill from this lies the dusty flat-track of Thunderdrome. 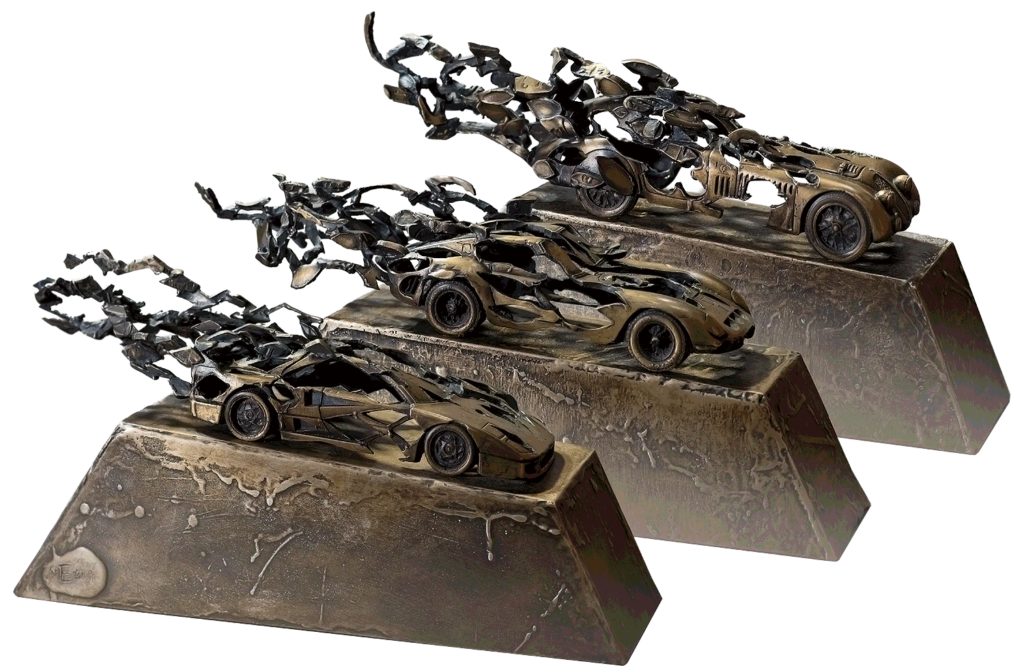 There are four automotive categories:

…and one aviation trophy:

Each trophy is made in bronze by renowned local artist Laurence Edwards using the lost wax process. These trophies really do represent an authentic ‘piece’ of Heveningham Hall as Laurence has made many works for the estate and is known for his connection to, and deep understanding of, the locality.

Taking place on Friday 1st July, Heveningham Tour is a ~50-mile route for owners & guests through the Suffolk countryside. The route takes in a stop for lunch mid-way before returning to Heveningham Hall ahead of a dinner for owners. The drive takes in pretty country lanes and idyllic villages before stopping for lunch at a secret location. All entrants in Heveningham Tour receive specially-commissioned plaques and decals. 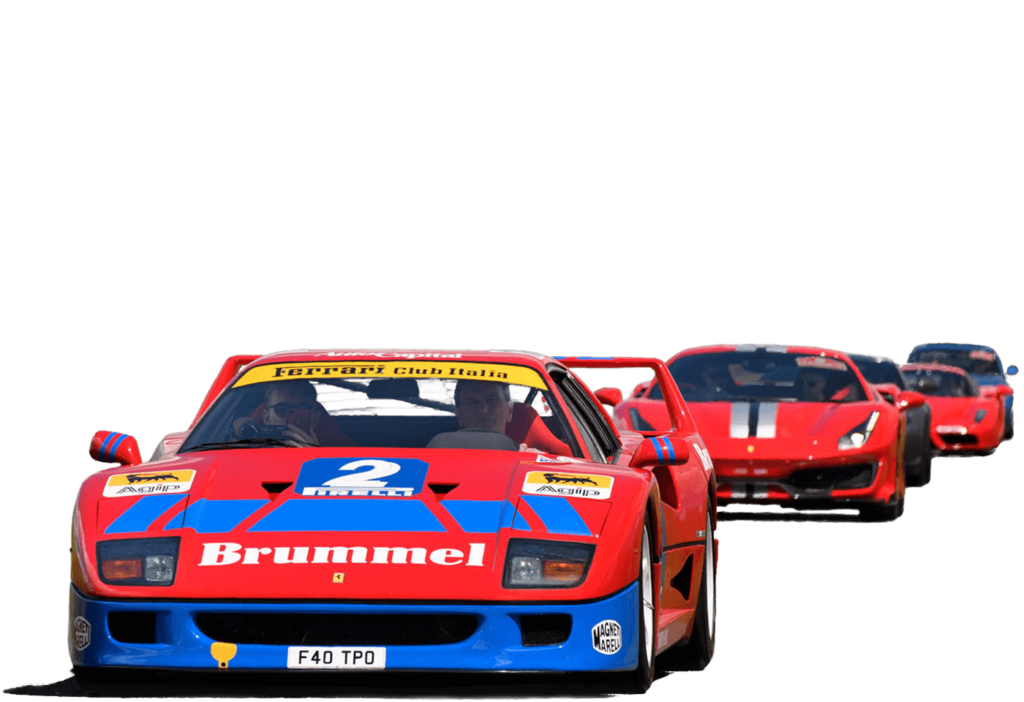 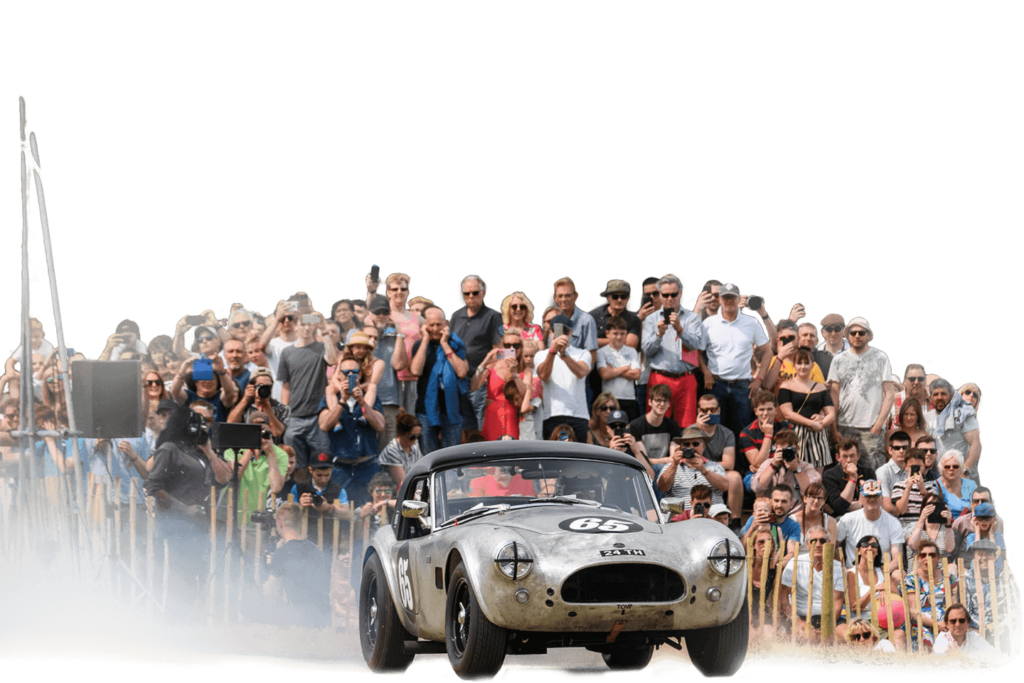 Horsepower Hill, a timed 1/8 mile ‘drag race’ for owners & guests along the estate’s main drive was launched in 2018. The event, which proved popular with owners & spectators alike, attracts a wide range of classic & contemporary supercars. Other entrants have included an Eagle E-Type Speedster, a Ferrari 250 GTO, a Pagani Zonda, a Lamborghini Huracan and a Bugatti Veyron Grand Sport Vitesse amongst others. Horsepower Hill returns next year along with its paddock and ‘doughnut ring’ where visitors can watch the entrants burning some rubber. Spectators can get up close to the cars track-side and watch all the action in grandstands either side of the main drive.

Heveningham Concours takes place at the same time as the estate’s long-standing charity Country Fair which attracts over 20,000 visitors annually to the Capability Brown parkland.

There is everything you would expect of a traditional English Country Fair – such as dog shows, agricultural vehicles and local arts & crafts – plus much more that you might not – such as aerobatic displays, Spitfire flypasts and F1 power boats.

Also expect lots of live music & entertainment, a Wall of Death, 4×4 off-roading and much, much more. 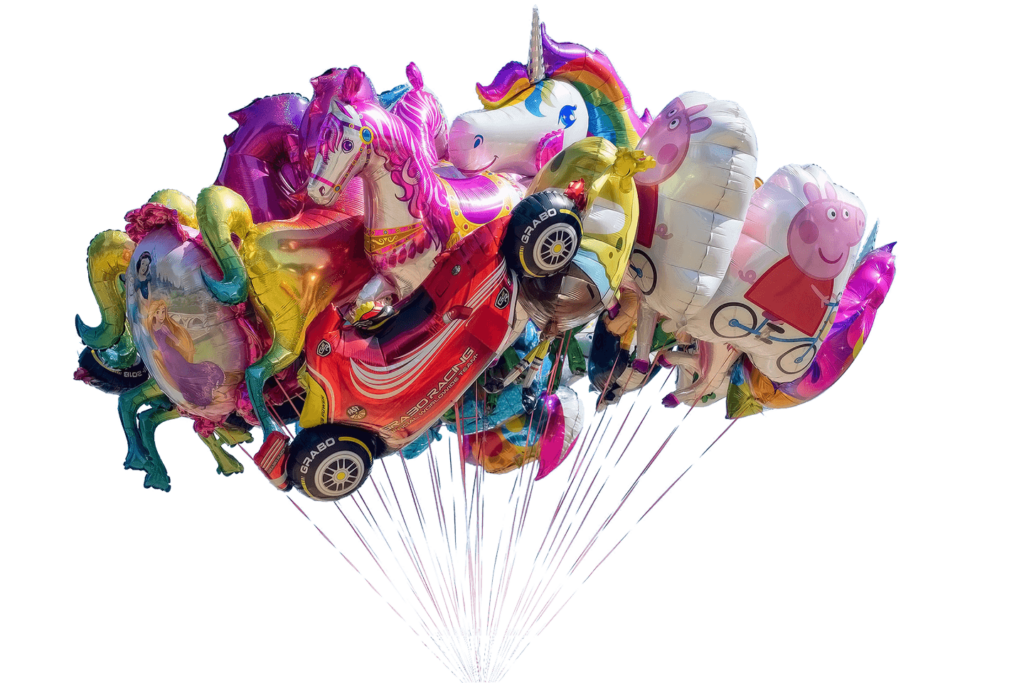 Thunderdrome is a new event for Heveningham Concours having been tested in Summer 2020. It is essentially an oval flat-track around a central bowl. Two cars will race each other having lined up on opposite sides of the track. The race is complete once one competitor catches the other. This all sounds fairly straightforward until you you imagine the levels of dust that get kicked up from a raging Ferrari F40 screaming sideways through the dirt.

This website uses cookies to improve your experience while you navigate through the website. Out of these cookies, the cookies that are categorized as necessary are stored on your browser as they are essential for the working of basic functionalities of the website. We also use third-party cookies that help us analyze and understand how you use this website. These cookies will be stored in your browser only with your consent. You also have the option to opt-out of these cookies. But opting out of some of these cookies may have an effect on your browsing experience.
Necessary Always Enabled
Necessary cookies are absolutely essential for the website to function properly. This category only includes cookies that ensures basic functionalities and security features of the website. These cookies do not store any personal information.
Non Necessary
Any cookies that may not be particularly necessary for the website to function and is used specifically to collect user personal data via analytics, ads, other embedded contents are termed as non-necessary cookies. It is mandatory to procure user consent prior to running these cookies on your website.
Save & Accept